April 30, 2012
Pastorgraphs: “The Gray Church”
When I entered the United Methodist Church in 1988 my mentor told me, “One third of our Ordained Elders will retire within the next five years”. (It was good to be viewed as a “young clergyman” at age 40.) At every Annual Conference since, I have heard variations of that same forecast with its implied alarm that soon we will run out of active clergy.
I have a new perspective on this, having joined the ranks of retired Elders at age 63 last June. In many ways, I retired so that I could do MORE! So do millions of people each year.
Last week, I was able to watch sessions of our General Conference in Tampa, Florida via the web. (General Conference meets once every four years to provide guidance and order for the United Methodist Church.) One session dealt with the issue of our aging clergy and membership, urging us to make a concerted effort to recruit and enlist young clergy. Less than 5% of the 16,000 Ordained Elders in the UMC are 35 years of age or younger. I’m all in favor, and have tried to do my part in encouraging young adults to consider their calling. 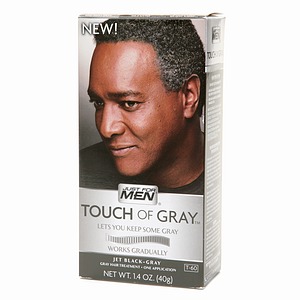 However, it occurred to me there may be a silver lining in “the graying of America” for the church. While watching a documentary on KPBS this weekend, I saw examples of how retiring “baby boomers” are finding ways to re-invent themselves in dramatic ways that are blessing their communities. For example: an African-American woman, born in Mississippi, who grew up in Cleveland, Ohio, and worked as a school custodian, is now in retirement the CEO of a program to help homeowners facing foreclosure. Most of the bank presidents in Cleveland know this woman by her first name, because she advocates refinancing homes rather than allowing them to default and become a blight on the neighborhood (which profits neither the bank, the homeowner, or the community).
My own 90-year old mother is a good example. Martha Jenkins worked hard all her life raising seven children. Then she had a career as a teacher’s aide. In retirement, she volunteered at the hospital and the church. When I spoke with her Saturday, my mother said her doctor told her the new pacemaker is good for another eleven years! (Note to file: Mom needs to get her pacemaker replaced at age 101 – for another dozen years!) I like the way Mother thinks! And the way she serves. Although she cannot get around as well as she once did, Mother volunteers to help in any way she is able: sewing, cooking, calling, and praying for others.
So maybe there is a word of hope in this for the church. Alongside the dire warning of our aging clergy, please hear the potential in the prediction that millions of Americans will retire each year. Many of these baby boomers, who did not “have time for church” during their careers, will seek opportunities to serve in retirement. If the church is wise, we will provide opportunities that encourage and facilitate these retirees in connecting with their calling. And 99.9% of them will not be ordained.
There is an old saying, “Don’t throw the baby out with the bath water.” We should not throw out the “gray hairs” either, for in them lie a wealth of experience and opportunity. 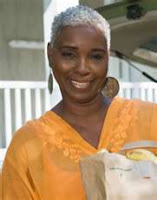 We pick up a wisp of anxiety among the first generation of Christians as they saw the disciples dying off. John, the last of the original disciples, told the second generation to fear not and simply continue to ”love one another” in the work of the Lord. Every generation since has worried what will happen once the “old saints” are gone. An amazing rebirth always arises as God continually calls out clergy and laity for service.
To come full circle, I predict another third of our active clergy will retire in the next five years. I predict the church will not die as the result, especially if we find ways to enable the maturing population, both clergy and laity, to serve. At the same time, young Christians, consider your calling. We need you, all.
Young and old, have you considered your calling? It’s never too late. Remember, Abraham and Moses did their best work after age 75.
Bless you, each and every one,  Brother Bill
From the Quote Garden
“Don't simply retire from something; have something to retire to.”
~ Harry Emerson Fosdick
Christ United Methodist Ministry Center
“Christ in the Heart of San Diego”
3295 Meade Avenue
San Diego, CA 92116
(619) 284-9205
www.ChristSD.com
Posted by Nirusen at 11:09 AM