Paul once used the Greek word hyperballo to give an extravagant description of the strength of Christ at work in the church, and he linked it with another forceful word – megathos = vast power. The phrase occurs only once in the NT, and it presents the strongest possible description of what we possess in Christ – “How far beyond all measure is the almighty power of Christ at work in us who believe!” (Ep 1:19) 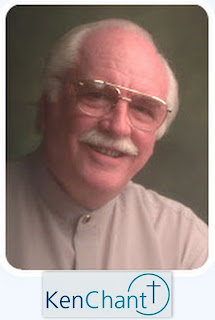 Our problem, of course, is this: at first sight such descriptions seem far removed from reality, out of touch with the facts of the everyday life of most Christian people! But the apostle is affirming the sure victory of the church in its conflict with the world, with its philosophy of might makes right, its admiration of riches, its adulation of power, strength, achievement, material success.

Against this power the church brings its philosophy of humility, love, gentleness, self-denial, sacrifice on behalf of others. On the face of it, the contest is absurdly unequal! How can the church, with its softly loving weapons, hope to defeat the world, with its ruthless force?

But we serve the King of kings, whose ultimate and absolute victory is assured in heaven and on earth (cp. Da 7:9,10,13,14; etc). and we belong to a kingdom whose ruling principle is love. Indeed, this is the highest expression of the “immeasurably great” power of Christ in us
This change from what we were to what we are in Christ is one that nothing but the power of God himself could have accomplished.

Unhappily, Christians have often forgotten these things, and have resorted instead to worldly weapons; they have tried to turn the “immeasurable power of Christ” into a thing of muscle and money, of influence and tyranny, of command and control.

So we are challenged to remain true to our calling in Christ, to believe in the invincibility of divine love, to find there our greatest realisation of the limitless power of Christ at work in us.
Posted by Nirusen at 10:06 PM No comments:

The businesses in San Diego that specialize in distributing medicinal cannabis have taken a decidedly less combative tone when it comes to dealing with city leaders. Many still remember the bitter fight in 2011 that culminated in a City Council repeal of its own zoning ordinance that, while heavily restrictive, would have allowed dispensaries to operate in parts of the city. Read more.
Posted by Nirusen at 11:59 AM No comments:

"If you would be perfect (teleios), go, sell what you have" (Mt 19:1)
The Greeks described a man as teleios when he had reached a certain standard, or had fulfilled  certain  requirements – such as, a student who had passed his exams; an athlete who had qualified for the games; an apprentice who had become a tradesman; and so on.

For a Christian, the standard required is simply this – surrender to the will of God. It is not so much a work as a condition; not what you do, but who you are; not what you have accomplished, but what you are becoming; not the labour of your hands, but the attitude of your will; not sacrifice, but obedience. 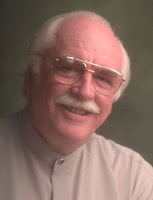 So for that rich young man, “perfection” involved giving away his wealth. But had he obeyed, that would have rendered him perfect only until Christ demanded another task from him. If he were then to disobey, his “perfection” would at once be lost, or at least marred. He could be “perfect” only so long as he obeyed each heavenly command (as it came to him) and continued to grow in the willingness and depth of his obedience.

So Jesus meant that the young man would become “perfect”, not when he was poor, but when he was obedient. Neither riches nor poverty are anything in the kingdom of God, but obedience is everything. The man whom God desires to be rich cannot be “perfect” if instead he chooses poverty; neither can the man be “perfect” who clings to wealth when God has commanded him to embrace poverty.

Perfection, therefore, does not necessarily require you either to gather riches or to give them up; nor does it depend upon any single or final act of obedience. Rather, we are required to maintain a daily attitude of surrender to the will of God, whatever that might be for each of us. All who are advancing in their obedience to God, who are growing in grace and maturity, who are pressing continually toward the prize that is set before them, may rightly call themselves “perfect”.

Obedience is a habit that grows. The pleasures that result from each new surrender to the will of God create an increasing eagerness to receive new and more challenging opportunities to serve God. That service also becomes more mature, deeper in wisdom, stronger in faith, wiser in performance, more joyful in fulfilment, more truly dependent upon the enabling grace of God.

Ken Chant
Posted by Nirusen at 4:51 PM No comments:

from the latest issue of sharing magazine

Thanks and praise to our Lord! Grace and peace be to you. Jesus said, “The Kingdom of Heaven is at hand, heal the sick, cleanse the lepers, raise the dead, cast out devils, freely you have received, freely give” (Matt 10:7&8).

END_OF_DOCUMENT_TOKEN_TO_BE_REPLACED

Posted by Nirusen at 3:48 PM No comments:

INSTANTLY DETECT DIABETES IN YOUR BREATH

by Mark Altrogge
God doesn’t afflict us or allow us to be afflicted for no reason.

He has wonderful purposes for all he does in us. God is the great artist who produces the ultimate masterpieces — sons and daughters in the likeness of his Son, Jesus Christ. So he makes every stroke of the Master’s brush, every tap of the Sculptor’s chisel, count.
So in God’s plan, afflictions have great benefit to us, as painful as they are at times.

If we keep these benefits in mind when we suffer, they can help us endure joyfully.


1. Afflictions deliver us from pride.

Paul said God gave him his grievous thorn “to keep me from becoming conceited because of the surpassing greatness of the revelations” 2 Corinthians 12:7.


2. Afflictions make us sympathetic, merciful and slower to judge.

If you’ve suffered the fury of depression, you won’t assume that others who are depressed are in sin. If you’ve been grieved by a rebellious teen, you’ll be quick to sympathize with other struggling parents.


3. Afflictions remind us of the brevity of this life and make us long for heaven where our true treasure is.

"When things go on much to our wish, our hearts are too prone to say, ‘It is good to be here!’” — John Newton.


4. Afflictions stir us to pray and keep us dependent on God.

Too many days of continuous sunshine, and we can forget how much we need the Lord. But as thunderstorms make us run for shelter, so afflictions make us to run to our Refuge and Strength, and cry out like David, “Turn to me and be gracious to me, for I am lonely and afflicted” Psalm 25:16.


5. Afflictions are opportunities for Christ to display his power in us.

As long as we can handle things in our own strength, we won’t see God’s power. It’s when the burden gets too massive for us to bear that Christ comes along and says, “Hey, let me take that from you,” and reveals his universe-sustaining strength. "But he said to me, ‘My grace is sufficient for you, for my power is made perfect in weakness’” 2 Corinthians 12:9.


6. Afflictions drive us to God’s word.

“It is good for me that I was afflicted, that I might learn your statutes” Ps 119:71. A life preserver doesn’t mean much to someone lounging in a deck chair reading a novel. But when the ship is sinking and one is adrift in the ocean, that life preserver is everything. When we are sinking in affliction, we grab onto God’s promises and they uphold us.

"Blessed be the God and Father of our Lord Jesus Christ, the Father of mercies and God of all comfort, who comforts us in all our affliction” 2 Corinthians 1:3-4.


8. Afflictions prove the reality of God’s grace in our lives.

How does someone endure years of sickness, yet continue to be joyful? How does a wife lose her husband to cancer yet join the saints the following Sunday and lift her hands in worship? What makes a husband care for his Alzheimer–racked wife and continue to love God? God’s amazing grace! Endurance through afflictions is evidence we haven’t believed some empty philosophy or fable.


9. Afflictions make us thankful when God delivers us from them.

“Call upon me in the day of trouble; I will deliver you, and you shall glorify me” Psalm 50:15.


10. Afflictions produce unique fruit that doesn’t grow in other soil.

Fruit like faith, patience, perseverance, gentleness, long-suffering? By going through trials that require them.

“For I am sure that neither death nor life, nor angels nor rulers, nor things present nor things to come, nor powers, nor height nor depth, nor anything else in all creation, will be able to separate us from the love of God in Christ Jesus our Lord” Romans 8: 35, 38-39.

God’s ultimate goal is to conform us to his Son so that we can enjoy him forever. So, ultimately, afflictions are for our eternal joy and gladness in Jesus .


Mark Altrogge is the original triple threat: singer, songwriter, pastor. He has been the senior pastor of Sovereign Grace Church of Indiana, PA for over 25 years, and is the author of many well known worship songs such as “I Stand In Awe”, and “In The Presence”. When not pastoring or writing songs, Mark can be found consuming vast quantities of coffee. Unfortunately, Mark is not particularly gifted in the area of athletics. More from Mark Altrogge or visit Mark at www.theblazingcenter.com
Posted by Nirusen at 2:18 PM No comments: