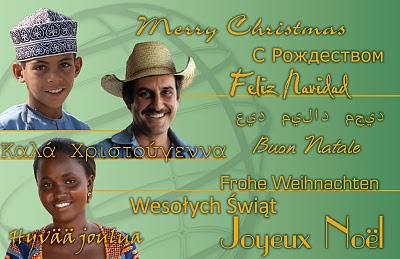 “Therefore go and make disciples of all nations,
baptizing them in the name of the Father and of
the Son and of the Holy Spirit.”
Matthew 28:19

Why the Oral Roberts Obituaries Are Wrong

The "faith-healer" (who hated the term) may have done much to mainstream Pentecostalism, but he was no architect of the Prosperity Gospel. By Ted Olsen | posted 12/16/2009 04:20PM

What was Oral Roberts's main legacy? How important a figure was he? president Mark Rutland told CT that he and Billy Graham "were the two preeminent luminaries of the 20th century."

Preeminent historian of Pentecostalism Grant Wacker, author of Heaven Below, largely agrees. "Other than Billy Graham and Martin Luther King Jr., and maybe Jerry Falwell, it would be hard to name a different religious leader of more importance," he told USA Today. "In the middle of the 20th century, he took faith healing and Pentecostalism away from a frowzy backwoods image and gave it an upbeat face."
Posted by Nirusen at 9:58 AM No comments:

Healers head to war, bearing their own wounds

They are the combat medics of the mind, who joined the Army Reserve not to fight but to heal those who fight and sustain the incapacitating, invisible wounds of war.
(By Ann Gerhart, The Post)

Posted by Nirusen at 9:39 AM No comments:

Evangelicals at a Crossroad: A Dialogue

This past summer two professors at Bethel University, St Paul, Minnesota and one at sister institution Bethel Seminary (me!) were invited to participate in a recorded dialogue that would become a printed piece in the schools’ magazine. The three of us, guided by questions posed by a moderator, considered where evangelicalism is today and where it may be headed.

By necessity tentative and partial, our wide-ranging conversation nonetheless raised some important issues. When we were done, we had a meaty article, of which (for reasons of space) only a brief portion ended up being printed in the magazine.

Though somewhat longer than our typical blog posting, we offer the full edited article (“never before published,” as the marketing wallahs might say) in hopes that it will spark some conversation among our readers who care about the historical movement called evangelicalism: Read on here……

Posted by Nirusen at 9:37 AM No comments:

- An Irish eye surgeon has said an "unprecedented" rise in the number of cases of an eye condition could be directly related to people staring at the sun at a holy shrine. Thousands of people have been travelling to the pilgrimage shrine of Knock after hearing that the Virgin Mary would appear there. Some claimed to have seen the sun "dancing in the sky". Read the story here….
Posted by Nirusen at 11:34 AM No comments: