What shape is your idol? 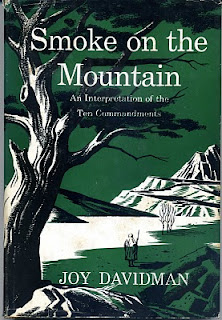 SMOKE ON THE MOUNTAIN

An Interpretation of the Ten Commandments In Terms of Today
I worship Ganesa, brother, god of worldly wisdom, patron of shopkeepers. He is in the shape of a little fat man with an elephant's head; he is made of soapstone and has two small rubies for eyes. What shape do you worship?
I worship a Rolls-Royce sports model, brother. All my days I give it offerings of oil and polish. Hours of my time are devoted to its ritual; and it brings me luck in all my undertakings; and it establishes me among my fellows as a success in life. What model is your car, brother?
I worship my house beautiful, sister. Long and loving meditation have I spent on it; the chairs contrast with the rug, the curtains harmonize with woodwork, all of it is perfect and holy. The ash trays are in exactly the right place, and should some blasphemer drop ashes on the floor, I nearly die of shock. I live only for the service of my house, and it rewards me with the envy of my sisters, who must rise up and call me blessed. Lest my children profane the holiness of my house with dirt and noise, I drive them out of doors. What shape is your idol, sister? Is it your house, or your clothes, or perhaps even your worth-while and cultural club?
I worship the pictures I paint, brother.... I worship my job; I'm the best darn publicity expert this side of Hollywood.... I worship my golf game, my bridge game. . . . I worship my comfort; after all, isn't enjoyment the goal of life? ... I worship my church; I want to tell you, the work we've done in missions beats all other denominations in this city, and next year we can afford that new organ, and you won't find a better choir anywhere.... I worship myself....
What shape is your idol?
from Joy Davidman’s book, Smoke on the Mountain 1954
Posted by Nirusen at 11:14 PM No comments:

Divorce is out for Gen X

BY SUSAN REIMER, The Baltimore Sun

Donna and Glenn Bigony with sons, Colte, 3 months, and Tyler, 6.
They decided to stay together rather than separate and divorce after marital problems.
(PAT GREENHOUSE / Boston Globe)
That's the latest news from the land of Gen X parenthood. Apparently, these children of the divorce boom of the 1970s would rather put chocolate syrup in the baby bottles than put the children through a family break-up.

The number of divorces has been in decline since it peaked in 1980, and that is particularly true of highly educated couples, only 11 percent of whom divorce during their first 10 years of marriage, according to a study by the National Marriage Project at the University of Virginia. That compares to 37 percent of the rest of the population.

Are you staying together for the kids? Comment below or start a new conversation in the Marriage forum.


Either this generation of college-educated moms and dads has it figured out — "peer" marriages where both parents are in the yoke and duties are shared — or they have seen the headlines that warn of poor outcomes for children of single parents. And this cohort of parents wants only the best outcomes for their children. In any case, it is easier to put the kids first if you remember too well the pain and confusion of your own parents' divorce. Even if the break-up is civilized, the disruption is tough on children.

This is a different spin on "staying together for the sake of the kids," and it is a worthy goal. But how do you make it to the finish line? What happens when the magic ends?

Author Iris Krasnow, who has been chronicling the angst of Boomers since she wrote Surrendering to Motherhood in 1997, has just completed a new book, The Secret Lives of Wives: Women Share What it Really Takes to Stay Married. It is due out in October.

She spent two years interviewing 200 couples who had been married from 15 to 70 years to find out what makes marriage last.

Krasnow, who has been married for 23 years and is raising four boys, admitted that there are marriages that "need to end." A love child with the household help, regular visits to prostitutes, sending sexy cell phone pictures of yourself to women you meet on Facebook. These might be good reasons to divorce. Boredom is not.

"Ask yourself, 'Am I happy?' The answer is going to be 'Not all the time.' But you are in a relationship that is better for your health, better for you economically, and you are creating a tapestry, a history, that you will be passing on to your kids," Krasnow said.

Understand that no one else can make you happy, Krasnow said. Only you can do that. "If we all left our marriages when they became unromantic, none of us would be married. The renewal has to spring from within."

If this generation is expecting to stay married, they have their work cut out for them. They need to start,  Krasnow said, by lowering their expectations. "The march down the aisle is not a march to happiness."

What else did she learn from peering into the marriages of so many couples?

* A secret is different than a lie, and secrets can be healthy. Keep a little part of yourself to yourself. Something that is a mystery.

* If you are bored it is because you are expecting someone else to entertain you. Stay engaged with what you love and with people outside your marriage. Have friendships with both sexes.

* Realize there is no gold standard for marriage. I saw all kinds that work.

* Nobody is perfect, and that includes you. So you may as well work your damnedest to keep something going that is good for everybody.

It isn't clear whether this fresh determination to stay married is the predictable swing of the social pendulum, a case of generational rebellion, or whether this crop of parents has learned from all the mistakes their parents made.

Happy? Successful? These are adjectives that might describe a dinner party, but they don't make much sense when you use them to characterize a marriage — an institution where change is the only constant.
And at some point, the marriage takes on a life of its own.

"You can leave each other,"  Krasnow said. "But once you have children, you can't leave the marriage. Love it or loathe it, it becomes bigger than you."
Posted by Nirusen at 9:19 AM No comments: 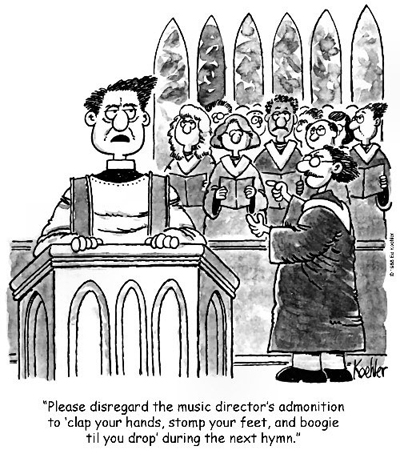 Posted by Nirusen at 9:26 AM No comments: