Posted by Nirusen at 7:47 PM No comments:

by The Associated Press

, - The jury forewoman in the trial of an couple acquitted of manslaughter in their daughter's pneumonia death says she felt the pair were ''loving people'' who didn't mean to harm the 15-month-old girl.

The jury knew Carl Brent Worthington and his pregnant wife, Raylene, ''had no intentions of ever harming their child,'' told reporters on Thursday outside the Clackamas County Courthouse. ''If anything, the evidence showed the opposite.''

But the jury did convict Carl Worthington of criminal mistreatment, a misdemeanor, for not taking his daughter, Ava, to see a doctor. He faces a maximum of a year in jail when he is sentenced on July 31.

Raylene Worthington was acquitted Thursday of the same misdemeanor charge after six days of jury deliberations that resulted in a deadlock at one point. said she and others felt Carl Worthington was more accountable for the decisions about the child's care.

Posted by Nirusen at 1:45 PM No comments:

A Message of Divine Healing to the Sick 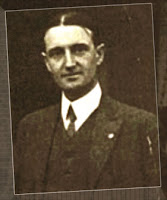 With all the talk of government healthcare coming out of , let's not forget Who our Source of health and life is. Here's a message on divine healing by F .F. Bosworth.

The "opening of the prison" in Isaiah 61:1-2 is God's own figurative illustration of our release from bondage or imprisonment to sin, sickness and everything else that reached us through the fall. It covers every phase of our redemption and salvation. Jesus opened the prison for us by bearing our punishment.

What I have to say applies equally to every bondage known to man. To help the sick and afflicted I am, at this time, thinking of the physical phase of the Gospel. But if you are physically well and your problem is one of the many others covered by redemption, then think of your problem as an open prison, and follow these same instructions. You can thus keep God busy fulfilling His promise to you and live in the experience and enjoyment of your freedom.

The Opening of the Prison
What is meant by “the opening of the prison”? It means that the prisoners are free accordingly. Moffatt so translates it, “To tell prisoners they are free, to tell captives they are released.” Jesus opened the prison for us by bearing our punishment. “Jehovah hath caused to meet on him the punishment of us all” (Isaiah 53:6 Dr. Young’s translation).

In Deuteronomy 2 all sickness is listed among the punishment of God for rebellion. However in Galatians 3:13, “Christ hath redeemed us from the curse of the law, being made a curse for us: for it is written, cursed is every one that hangeth on a tree.” This tells us that.... Keep Reading »

Posted by Nirusen at 9:30 AM No comments:

The Heresy of 'Individualism'?

In her opening address to the Episcopal Church's recent General Convention, the Rev. Katharine Jefferts Schori, the church's presiding bishop, made a special point of denouncing what she labeled "the great Western heresy"—the teaching, in her words, "that we can be saved as individuals, that any of us alone can be in right relationship with God." This "individualist focus," she declared, "is a form of idolatry."

There is good news and bad news here. The good news is that the Episcopal Church's presiding bishop is not afraid to denounce heresy. The bad news is that we evangelicals turn out to be the heretics she is denouncing.

I am willing to meet her partway on the subject of her concern. Many of us in the evangelical world have devoted much effort toward remedying what we see as an unhealthy individualist focus in our ranks. If, for example, Bishop Jefferts Schori would take the time to browse through the pages of Christianity Today from the past half-century, she would find many calls for evangelicals to depart from the notion that all that matters is that individuals get saved and prepare for a heavenly reward. Much evangelical attention has been paid to systemic injustice, social structures, the central importance of "body life," and so on. Read the whole article here....

Posted by Nirusen at 1:43 PM No comments:

believe that an individual can be saved through a sinner's prayer of repentance.

In her opening address to the church's General Conference in California, Jefferts Schori called that "the great Western heresy: that we can be saved as individuals, that any of us alone can be in right relationship with God."

The presiding bishop said that view is "caricatured in some quarters by insisting that salvation depends on reciting a specific verbal formula about Jesus."

According to Schori, it is heresy to believe that an individual's prayer can achieve a saving relationship with God. "That individualist focus is a form of idolatry, for it puts me and my words in the place that only God can occupy."

Growing ranks of the unaffiliated faithful complicate issue of faith healing vs. medicine

by Rose French
The Associated Press

Most states have child abuse laws allowing some religious exemptions for parents who shun medicine for their sick children, but a few recent cases highlight thorny legal issues for parents following less-recognized faiths.

Existing laws have gradually accounted for more well-known and established faiths, such as Pentecostalism, Christian Science and Jehovah's Witnesses.

But recent cases in the news have judges and child care advocates dealing with parents who claim adherence to lesser-known faiths, such as the family following an Internet-based group's American Indian beliefs, and an independent church that has been investigated in the past for the deaths of members' sick children.

Legal and religious scholars say it's becoming more difficult for courts to decide when to honor the religious beliefs of parents and when to order conventional medical treatment for extremely sick children.

Posted by Nirusen at 2:12 PM No comments: