A Collect for Easter Day 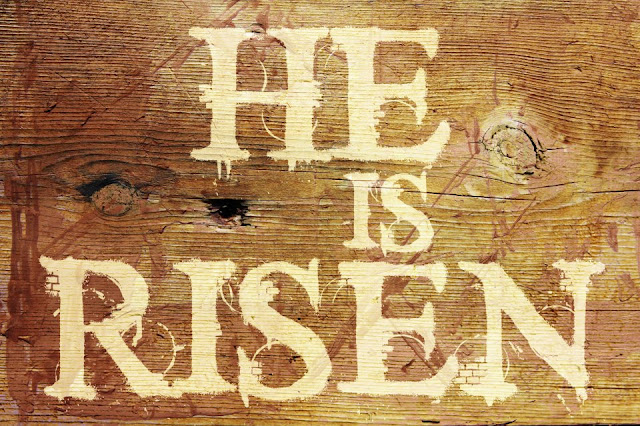 "Almighty God, who through your only-begotten Son Jesus Christ overcame death and opened to us the gate of everlasting life: Grant that we, who celebrate with joy the day of the Lord's resurrection, may be raised from the death of sin by your life-giving Spirit; through Jesus Christ our Lord, who lives and reigns with you and the Holy Spirit, one God, now and for ever. Amen."

A maxim says you cannot teach an old dog new tricks. I’m getting pretty old and set in my ways, but this semi-retired Methodist parson learned something last week from Pope Francis.

Oh yes, I confess to being ecumenical. Raised Baptist, educated by Presbyterians, on the faculty at an Episcopal high school, I found my spiritual home in Wesleyan Methodism. But that doesn’t mean just Methodists are going to heaven. (I’m not sure all of ours are going to make it.) I have learned all expressions of the Judeo-Christian faith have something to offer the whole community of believers.

So I genuinely celebrated with my Roman Catholic friends and relatives the exciting selection of the first non-European Pope in a millennium. The fact that Pope Francis is from Argentina particularly caught my attention, as I spent two weeks in Argentina in 1985 on my one and only foreign mission trip.

The first thing the newscasters reported was that the new Pope is “a man of social justice”. I listened carefully to hear how Pope Francis sees and lives his social justice. (Recent Pastorgraphs illustrated how “social justice” has become a term of derision by some.) I was pleased to learn he lived in a simple apartment and denies himself the frills of his high office, because he wants to be identified with the poor and dispossessed. It is all part of his spiritual formation, and follows the footpaths of Jesus. 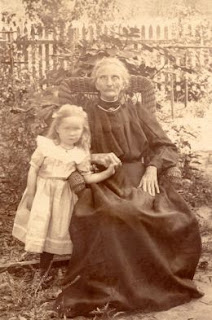 The epiphany came when one commentator said “he cares for the poor, from conception to the grave”.

In our society there is an inconsistency. “Conservatives” are very focused upon the rights of the unborn, but once children are born, it is mostly the “liberals” who promote care for the education, feeding, clothing and well-being of poor children, and who care for the health and welfare of the marginalized as they grow older. Former House Speaker Newt Gingrich expressed a similar observation at the Conservative Political Action Committee (CPAC) meeting last week when he said the selection of Pope Francis would challenge both conservatives and liberals on human rights and social welfare issues.

Where is the integrity if we fight for a child’s right to be born, but fresh out of the maternity ward, we say, “Baby, you are on your own now! And it’s a tough, cruel world out there. Best of luck to you.”? Or where is the integrity of those who argue for the sanctity of life for the elderly or those on death row, but treat the unborn and marginalized children as if they do not matter?

Pope Francis’ model of social justice transcends the dogmas of conservatism and liberalism. It’s actually pretty simple, and most importantly it is consistent. Just love and care for folks from the cradle to the death-bed. Then maybe the world will see anew in us the love of God in Christ.

A few years ago, a young single woman came to me for counseling and told me she was pregnant. I discouraged her from aborting the baby. But more than that, I realized the shared responsibility with her in making that decision. So I covenanted with her to help care for the child once she was born. That baby is now six years old. Over the past six years, her mother has had a difficult struggle. On several occasions she has asked me if I could help with certain expenses for her daughter. Fortunately, I have been in a position to assist. Of course, I cannot care for all such babies, but at least I have helped care for ONE.

For me, to tell a young woman to keep her unborn baby, and then forget both her and the baby upon birth is the height of hypocrisy, and immoral.

I wonder how many of the 1 in 4 American children born into poverty would have greater opportunities if every pro-life advocate would similarly “adopt” a child of an unplanned pregnancy.  But too often, many disappear at the maternity ward.

I propose that we follow Pope Francis’ example, and care about and for people from conception to cemetery, especially the poor and dispossessed. Jesus did.

From the Quote Garden:
“Until the great mass of the people shall be filled with the sense of
responsibility for each other's welfare, social justice can never be attained.”
~ Helen Keller ~

Easter Joint Worship Service: You are invited to a joint worship Easter Celebration Sunday, March 31, 10:00 AM, sponsored by Exodus Church and the Methodist congregations at 33rd and Meade. Everyone is invited to attend. Multiple choirs will sing, and I have the honor of preaching the Easter Sermon. It will be a glorious day, similar to multi-congregational services we have experienced in the past.

Pastorgraphs: “Don’t Be A Hater” 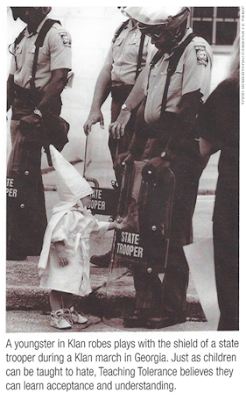 A few days ago, I received a packet of materials from the Southern Poverty Law Center (SPLC), including a map of the USA showing the location of 1,018 active hate groups in 49 of the 50 states. (Hawaii alone has no organized hate groups – yet!) The groups range from the KKK, Neo-Nazi, White Nationalists, Black Separatists, Racists Skinheads, Neo-Confederate, “Christian Identity” Hate Groups, and others (who apparently hate just for the sake of hating).

One of the saddest pictures I have ever seen is this one by Todd Robertson of the Gainesville Times, showing a small child dressed in KKK garb, being taught from infancy to hate.
2012 was the first year the number of organized hate groups topped 1,000, leading many to label 2012, “The Year of Hate”. With the deep divisions in our country, the vitriol and stagnation in Washington and anger over the economy, perhaps we should not be surprised by the increase of fear merchants, doomsdayers, conspiracy-minded anti-government “Patriot” groups, and the old fashioned garden variety haters. Just say such words as Democrat, Republican, immigration, national debt, family planning or gun control, and watch the anger surface immediately. But we must do better than this. Else, like the little child who is learning to hate, we lose something we may never recover.
The Southern Poverty Law Center was organized in 1971 to bring justice for the exploited, the powerless and the forgotten. But before you interpret “Southern” as the place where prejudice, bigotry and racial hatred exists, please know there are just as many hate groups in Southern California as in Alabama. I observe as much racism today in San Diego as I saw in my native Mississippi in the 1960s. It would have been very easy for me to have become a racist, with hate all around me; but thanks to my family, my church leaders and by the grace of God I learned that love is “a more excellent way”.
By the way, the San Diego Anti-Defamation League is sponsoring an anti-hate exhibit this month at the Jewish Community Center in La Jolla.
Racism and hatred know no boundaries. And it is not as simple as black and white. When I served as a pastor in Green Bay, Wisconsin (1971-74) I was amazed to learn that in spite of being 99% “white”, there was an unspoken racism between the descendants of Norwegians, Dutch, Belgians, Poles and Swedes. I couldn’t tell the difference, but believe me, they knew! And there was little love lost between the “ethnic” Europeans.
I have quit reading the comments at the end of online news and sports stories. It depresses me to know so many people are filled with such vile and venom, and are not shy about spewing their hatred for all to see.
In the Sermon on the Mount (Luke 6), Jesus said:


Sorry, Christians, we are not permitted to hate. I know, it goes against our human nature to love our “enemies”. But when we practice love as the God of Love intended, we discover our biggest enemy is Hate itself.
Don’t be a hater! Now go out there today and love others as God first loved you!
Pastor Bill
From the Quote Garden:
“The one place where a man ought to get a square deal is in a courtroom, be he any color of the rainbow, but people have a way of carrying their resentments right into a jury box. As you grow older, you'll see white men cheat black men every day of your life, but let me tell you something and don't you forget it - whenever a white man does that to a black man, no matter who he is, how rich he is, or how fine a family he comes from, that white man is trash.”
~ Harper Lee, To Kill a Mockingbird ~
NOTICES:
Rev. Bill Prince: A Memorial Service celebrating the life of Rev. Bill Prince, founding pastor of our Hispanic Methodist Congregation, will be conducted the Sunday, March 17, 2013, at 6:00 PM at Christ United Methodist Ministry Center.
Easter Joint Worship Service: You are invited to a joint worship Easter Celebration Sunday, March 31, 10:00 AM, sponsored by Exodus Church and the Methodist congregations at 33rd and Meade. Everyone is invited to attend. Multiple choirs will sing, and I have the honor of preaching the Easter Sermon. It will be a glorious day, similar to multi-congregational services we have experienced in the past.
Christ United Methodist Ministry Center
“Christ in the Heart of San Diego”
3295 Meade Avenue - San Diego, CA 92116 - (619) 284-9205
www.ChristSD.com
Posted by Nirusen at 9:01 AM No comments: 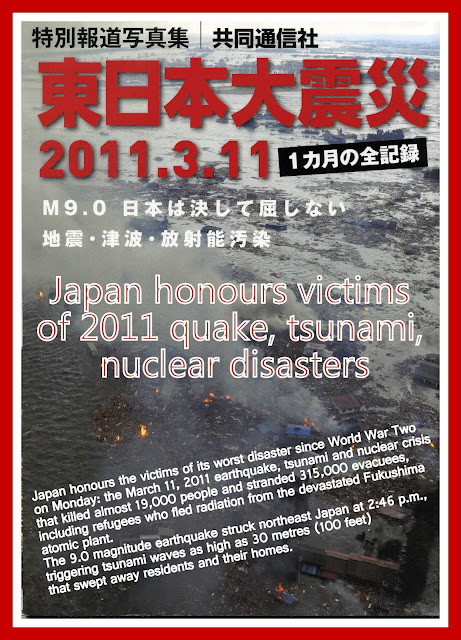 Posted by Nirusen at 8:48 AM No comments:

WE LOVE OUR CHURCH

Survey reveals strong US connection to local churches
Catholic News Agency: A new survey reports that Americans feel more connected to their local church than to any other institution in society.
Posted by Nirusen at 9:41 AM No comments: