THE JESUS THAT JOHN KNEW 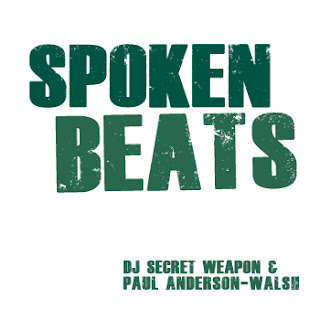 Immediate download of 9-track album in your choice of 320k mp3, FLAC, or just about any other format you could possibly desire.
released 17 February 2011
Produced, mixed and all live instruments by DJ Secret Weapon. Vocal recordings from Paul Anderson-Walsh

YOUR BIBLE, A PAD AND A PENCIL WILL COME IN HANDY FOR THIS STUDY

YOUR BIBLE, A PAD AND A PENCIL WILL COME IN HANDY FOR THIS STUDY
“The Jesus That John Knew”
with Paul Anderson-Walsh
On YouTube with each message at 10- 15 minutes.
Begins with Part 1 and ends with Part 114

終わり – fin – ende - نهاية
Thoughts from the Prodigal Son – Luke15: 11~32
“Let us be sure that we realize the full extent of the father’s love. It is not simply that the father runs to meet the son so as to receive him. His main purpose is to protect his son. This is because the Levitical Law decrees that the boy should have been stoned for bringing disgrace upon his family [Deut. 21: 18~21]. Thus, by throwing his arms around the boy, the father is, in effect, saying, “Let the stones strike me, not my son.” This is ever the way of Agape, i.e. standing in the place of the sinner.”
The Bonsai Conspiracy by Paul Anderson-Walsh

ORDER YOUR COPY HERE
Watch Paul on the BBC