What Reputation Does Jesus Have in Your Neighborhood?

Posted by Nirusen at 4:57 PM No comments: 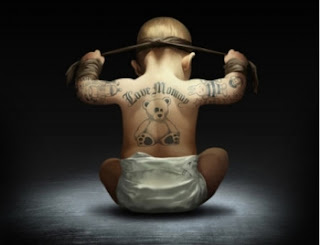 Lack of spiritual perception and discernment is accountable for more confusion, paralysis, ineffectiveness, and failure in Christian life and service than we realise.

This lack is itself an indication of many things, but primarily of failure to mature or develop in spirit. In other words it implies spiritual infancy. There are very many of the Lord's children, truly born again, who, while they have become mature men and women, rich in experience so far as Christian work and works are concerned; and more or less mellowed by years, made steady by disillusionments and the vanishing of fancies, dreams, idealisms, romances, before the chilly winds of frigid facts; whose sympathies are enlarged because of an expanded knowledge of human weakness and suffering, and who, in many other ways have become good and kindly and full of that knowledge which restrains from extremes and checks preponderances, are, nevertheless, still very immature in those spiritual faculties which discriminate in things that differ.
From “Things That Differ” by T. Austin-Sparks 1927
Posted by Nirusen at 2:22 PM No comments:

Posted by Nirusen at 4:00 PM No comments:

Dr. Lloyd Ogilvie, chaplain of the United States Senate during the 9/11 tragedy will be our guest speaker.  The combined choirs of First Presbyterian and  La Jolla Presbyterian, accompanied by members of the San Diego Symphony will present choral pieces fitting for this evening of remembrance.  San Diego Fire Chief Javier Mainar will honor San Diegans who lost their lives that day.  Please put this on your calendar – and call a friend!  Click here for more information. 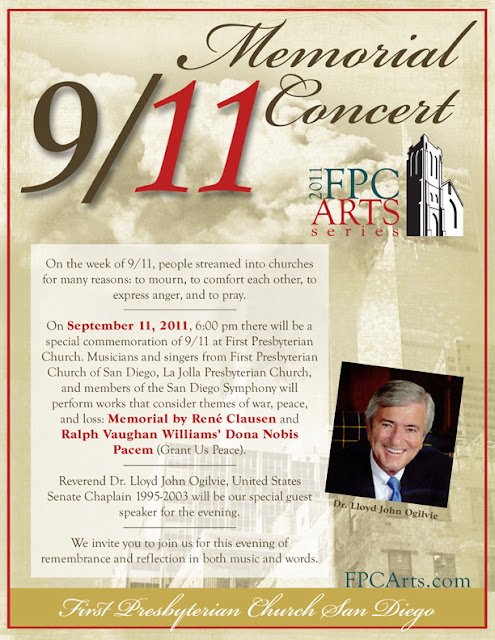 Connect Electronically with 9/11 Memorial Concert
To download the words the choir will be singing at the 9/11 Memorial Concert, please click here.  The words are very moving.  In Dona Nobis Pacem, René Clausen sets to music two poems by Walt Whitman.  Ralph Vaughan Williams’ Memorial portrays the event of the two planes crashing into the two towers,  combining Hebrew and Arabic text with that of Psalm 80 (in English).

Posted by Nirusen at 7:22 AM No comments: