Drugs with bite: The healing powers of venoms 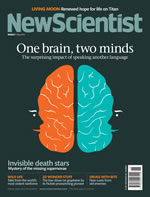 A brush with a pit viper is not a relaxing experience. They are venomous, can grow to several metres long and will be on to you long before you know they are there, sensing your body heat with a pair of highly sensitive infrared-detecting organs that sit just below their eyes. Bumping into one of these creatures in their native forests in South America would not be good for anyone's heart, so it is ironic that pit viper venom has given us a drug used to treat high blood pressure.
In fact, the toxic mixtures of chemicals we call venoms have a long history as medical treatments. From poisonous toads to toxic tarantulas, venomous animals provide ingredients for traditional medicines around the world. Unlikely as it sounds, venoms have many of the attributes a good drug needs. When a venomous animal pounces on its prey, the chemicals it injects must be stable enough to travel around the victim's body and able to evade its defences until they reach their site of action, when they must hit the target with exquisite selectivity and minimum side effects. Millennia of evolution have honed venoms to achieve exactly what a doctor hopes an injected drug will do.
Nevertheless, western medicine has had difficulties cashing in on this natural asset. In 1981, captopril, a drug based on pit viper venom, became the first venom-derived drug to be approved by the US Food and Drug Administration. In the following two decades pharmaceutical companies produced a slow trickle of other such drugs. Now, however, this trickle looks set to turn into a steady stream as venom research enters the genomics age, turning the once-laborious job of sifting through toxic cocktails for potential cures into a high-throughput process. As a result, venom is one of the hottest commodities in pharmaceuticals. New Scientist surveys what it has to offer.
James Mitchell Crow is a writer based in Melbourne, Australia
Posted by Nirusen at 11:23 AM