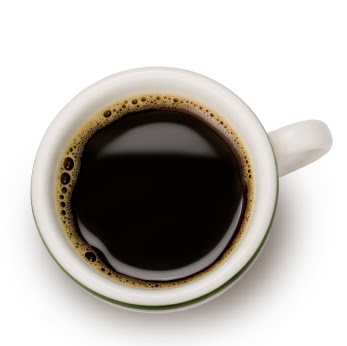 (Credit: iStockPhoto)
A yet-unidentified component of coffee interacts with caffeine, a possible reason why daily coffee intake protects against Alzheimer’s disease, researchers at the University of South Florida have found.

One clue: they found that caffeinated coffee induces an increase in blood levels of a growth factor called GCSF (granulocyte colony stimulating factor) in mice. GCSF is greatly decreased in patients with Alzheimer’s disease and is demonstrated to improve memory in Alzheimer’s mice.

The researchers said this is not possible with other caffeine-containing drinks or decaffeinated coffee.

An increasing body of scientific literature indicates that moderate consumption of coffee also decreases the risk of Alzheimer’s, Parkinson’s disease, Type II diabetes, and stroke. Recent studies have reported that drinking coffee in moderation may also significantly reduce the risk of breast and prostate cancers.

The researchers suggest that moderate daily coffee intake (4 to 5 cups a day) starting at least by middle age (30s–50s) is optimal for providing protection against Alzheimer’s disease, although from their studies, starting even in older age appears protective.