Why Chocolate Protects Against Heart Disease 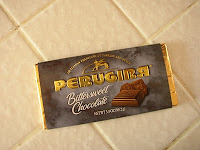 Wednesday, November 10, 2010
Numerous studies have shown that cocoa has a protective effect against cardiovascular diseases. The reason for this has now been uncovered by researchers at in . When a group of volunteers devoured a good-sized piece of dark chocolate, it inhibited an enzyme in their bodies that is known to raise blood pressure.
The findings, now being published in Journal of Cardiovascular Pharmacology, were revealed by a group of drug researchers headed by Ingrid Persson.
“We have previously shown that green tea inhibits the enzyme ACE, which is involved in the body’s fluid balance and blood pressure regulation. Now we wanted to study the effect of cocoa, since the active substances catechins and procyanidines are related,” says Ingrid Persson.
The researchers recruited 16 healthy volunteer subjects for the study.
They were not tobacco users and were not allowed to take any pharmaceuticals for two weeks. During the last two days they were not allowed to eat chocolate or anything containing similar compounds, including many kinds of berries and fruits, nor could they drink coffee, tea, or wine.
When the study took place, everyone in the group – ten men and six women between the ages of 20 and 45 – ate 75 grams of unsweetened chocolate with a cocoa content of 72 percent. To analyze what happened with the ACE enzyme, blood samples were taken in advance and then a half hour, one hour, and three hours afterward.
In the sample taken three hours afterward, there was a significant inhibition of ACE activity. The average was 18 percent lower activity than before the dose of cocoa, fully comparable to the effect of drugs that inhibit ACE and are used as a first-choice treatment for high blood pressure.
When the activities of the enzyme decline, the blood pressure goes down with time. As expected, no such effect was found in the subjects.
To show this, the study would have to continue over a longer period.
Even though Ingrid Persson is a drug researcher, the object of her studies is not to design new pharmaceuticals.
“Our findings indicate that changes in lifestyle with the help of foods that contain large concentrations of catechins and procyaninides prevent cardiovascular diseases,” she says.
Citation:
“Effects of cocoa extract and dark chocolate on angiotensin-converting enzyme and nitric oxide in human endothelial cells and healthy volunteers” by Ingrid A-L. Persson, Karin Persson, Staffan Hägg, and Rolf G.G. Andersson.
Journal of Cardiovascular Pharmacology Publish Ahead of Print, Nov. 2010.
Journal of Cardiovascular Pharmacology, doi: 10.1097/FJC.0b013e3181fe62e3
http://journals.lww.com/cardiovascularpharm/Abstract/publishahead/Effects_of_Cocoa_Extract_and_Dark_Chocolate_on.99606.aspx
Posted by Nirusen at 6:26 PM